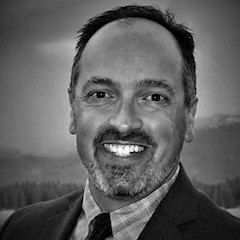 Kevin Hanigan is excited to join the real estate industry and Red Pheasant Realty. He isn’t new to real estate; he’s been a nut about real estate for a very long time. A nudge and a push from friends and family finally convinced Kevin to earn his license and REALTOR® designation last year.

Born and raised in Payette, Idaho, Kevin earned his B.S. in Finance from the University of Idaho before relocating to Portland, Oregon, where he purchased his first home. He says he could barely afford the price or payment, but with some elbow grease, he and his wife, Anne, turned that “starter home” into something very nice and earned a decent profit when they sold it. Kevin has personally bought 9 homes and sold 7 homes, including homes in Portland (OR), Fruitland, Payette, Boise, Coeur d’Alene, and two cabins in McCall. Each time, he’s learned valuable lessons (& a few hard ones) about real estate and wants to help others work toward their own real estate goals. Not afraid of tearing out dropped ceilings or stripping acres of 80’s wallpaper from their home, Kevin & Anne are most definitely serial remodelers. After selling their recently built home in Payette last year, they now own and live in a 1960’s era home on the West Bench in Boise. Kevin spent four years obsessing about the Boise market in anticipation of moving to Boise, something he can put that to good use for you too!

Experience counts and you can trust Kevin with your real estate needs. He has many years of experience in Real Estate Lending & banking, he managed & owned a Chevy-Buick-GMC dealership, and he was the executive director for a statewide trade association. Kevin has always been a big supporter of all things Idaho and he spent many years volunteering in his communities. He’s been active with his planning & zoning commission, the chambers of commerce, church communities, and the Harmon Killebrew Miracle Field. He’s most proud of his time working for and supporting the local schools while helping to raise the education standards in his hometown. Kevin is passionate about his communities, its schools, and the people who are his friends and neighbors. Kevin & Anne have been married over 26 years and have three grown kids, Sophie, a BSU graduate, and Jack & Grace, who both attend the University of Idaho. He’s also a proud, fifth-generation Idaho resident. Because of his knowledge and experience in several real estate markets in Idaho, Kevin should be your go-to REALTOR® for all your needs. He is fun, professional, a great communicator, and he’s all over the details.

Kevin is the REALTOR® obsessed in finding the PERFECT HOME in the BEST LOCATION for the BEST PRICE. He's equipped to help you sell your home for top dollar as well. Reach out to Kevin and get your real estate dreams started today.